Cynthia Castillo (Artistic Director)
Cynthia Castillo is the founder and artistic director of West Point Ballet, based in Pittsburgh PA.
She was born and raised in Havana, Cuba. She started her ballet studies at Centro Pro-Danza of Cuba, directed by Laura Alonso. After 6 years of study, she joined one of the most acclaimed and recognized ballet schools in the world: "The National Ballet School of Havana”, under the direction of Ramonaa De Saa. In the National Ballet School, she had the opportunity to dance different Pas de Deux from the Classical Repertoire, and principal roles in the school productions. She participated in Ballet Academic Festivals and International Ballet Competitions that took place in Havana, sharing the stage with more than 500 dancers from 15 different countries. After graduating with the titles of Dancer and Teacher from the Cuban National Ballet School, Cynthia moved to the US.  Upon arrival, she had the opportunity to work and learn from one of the most influential dancers in the history of Cuban Ballet: Rosario Suarez, better known as "Charin". She danced with the Cuban Classical Ballet of Miami, founded that year (2006) by another exceptional Cuban dance figure: Magaly Suarez. Once reunited with Damien M. Coro in Miami FL, they decided to move north and take in more American culture. She joined the Columbia Classical Ballet in SC, under the direction of Radenko Pavlovich, where she had the opportunity to dance more contemporary works, as well as principal and corps roles in classic productions. Moving even farther north, the couple arrived in Pittsburgh PA, joining the prestigious Pittsburgh Ballet Theatre company in July of 2008.
Her professional repertoire includes performances in The Nutcracker, Giselle, La Bayadera, Coppelia, Swan Lake, Don Quixote, Streetcar Named Desire, The Wizard of Oz, Sleeping Beauty, La Fille Mal Gardée, Cinderella, Le Corsaire, Flames of Paris, In the Upper Room, Company B, and others. Besides her experience as a performer, Ms. Castillo has an Associate Degree in General Business and Accounting.
​
After six years of teaching in the Pittsburgh area, her passion for teaching and the desire to pass along the exceptional training she received opened the doors to West Point Ballet, where she has been training the future generations since 2014.
Ms. Cynthia's students have been awarded numerous top prizes in international ballet competitions: Youth America Grand Prix; World Ballet Competition; ADC IBC, Universal Ballet Competitions. They have won multiple scholarships to National and International summer and year-round programs.
Graduates of West Point Ballet  have gone into successful professional careers and can be seen dancing for some of the most prestigious companies across the globe. Her school has received the Universal ballet competition Outstanding Coach award, and  YAGP Outstanding Teacher Awards.  And more importantly, the students and the school have become a beautiful part of the Pittsburgh dance community which delight us all with  their yearly  high quality performances showcasing classical ballet.

​Damien M. Coro (Artistic Director)
Damien Martinez was born and raised in Matanzas, Cuba.  He received his training from the Vocational School of Art in Matanzas, Cuba, and the National Ballet School in Havana, Cuba, where he thrived as a student while also earning the respect of classmates and professors with his perseverance, work ethic, and talent. He danced a year in the National Ballet of Cuba under the direction of Alicia Alonso, where he had the opportunity to share the stage with great figures of the international ballet world such as Maximiliano Guerra, Julio Boca, Natalia Osipova, Vladimir Vasiliev, Tamara Rojo, and Carlos Acosta, to name a few. In 2007, Damien made the life-changing decision to leave the company, his family, and his country to be reunited with his longtime girlfriend Cynthia Castillo in the United States. They both were able to continue with their professional careers when he and Cynthia joined the Columbia Classical Ballet, under the direction of Radenko Pavlovich and the Pittsburgh Ballet Theatre under the direction of Terrence Orr. His professional work includes soloist and principal roles in performances of Swan Lake, Giselle, Sleeping Beauty, The Nutcracker, Rite of Spring, Streetcar Named Desire, Wizard of Oz, Sherezade, Don Quixote, Flames of Paris, Le Corsaire and others. He has been teaching full time in the Pittsburgh area for the last 4 years, as well as averaging approximately fourteen shows a year as guest artist with different ballet schools and companies throughout the United States. Damien has developed a great passion for teaching Ballet, and embraces his memories both as a student and a professional dancer to bring excellent experiences for his students to every class. His goal is to have every student remember him as someone who gave his all to help them become better dancers, and to fill their minds with great memories like the ones he has about his stellar Cuban professors. Today, Damien is a graduate of CCAC, and holds a Physical Therapist Assistant degree.

Fun Fact: Damien is an avid runner, and has completed the Pittsburgh Marathon two years in a row. 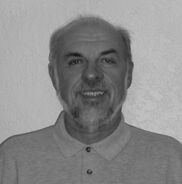 Aleksandar Zankin (Character Dances)
Mr Zankin was born in Bulgaria. He graduated with a Bachelor of Arts at the University of Varna, Bulgaria, and he received his Master of Arts from the Academy of Music and Dance in Plovdiv, Bulgaria. Mr Zankin was a Principal dancer of the National Student Ensemble in Sofia, Bulgaria for 8 years. He was a Principal dancer and Assistant Choreographer of the Military Ensemble for Character and Folk Dances in Sofia, Bulgaria, where he performed nationwide in Italy, Great Britain, Finland, Mexico, Cuba, Canada, Greece, Poland, Czechoslovakia, Hungary, Germany, and Russia.  At the same time in 1988, he established his own dance company for character dances, “Zankin Show”, which performed in several countries of Europe. Zankin has been teaching since 1974, he has taught and choreographed for uncountable ballet schools and dance companies in Europe and the US. He has toured extensively through the US and Europe doing choreographies and workshops. He won 1st Category Choreographer, Extraordinary Category Performer and at the State Commission of Performing Arts, in Bulgaria.  Hi won gold pin for performer and choreographer high achievement of the Headquarters of Military Building Troops. He was a prize-winner of the World Youth Festival of Culture and Art, in Berlin, Germany. Mr. Zankin is also a faculty member of Pittsburgh Ballet Theatre, and Laurel Ballet Academy in Greensburg. Besides his native Bulgarian language, he is fluent in German, Italian, Russian, and English, and Intermediate in French, Spanish, and Serbian.  Character dances play a huge part in the formation of a classical ballet dancer, and West Point Ballet is extremely happy and blessed to have Mr.Zankin expertise and knowledge to pass onto our students.

​Mariah S. Mcleod  (Modern)
Mariah is a Pittsburgh native, attended Bucknell University and graduated Summa Cum Laude from Point Park University with a Bachelor of Arts in Dance. Other contributions to her education include The American Dance Festival where she studied with Robert Battle, David Dorfman, Mark Haim, Betty Jones, and Nicholas Leichter.
Mariah joined Point Park University’s faculty as an Adjunct Professor in 2008 where she has taught Jazz, Tap, and Body Alignment. She is co-founder and co-director of The Dance Conservatory of Pittsburgh and has taught dance and movement for many programs in the Pittsburgh area including The Dance Alloy, Point Park University International Summer Dance Program, The University of Pittsburgh, Chatham College Summer Arts Program, and The Ballet Academy of Pittsburgh.  Mariah has also taught Pilates at The Pilates Center of Pittsburgh and The Mt. Lebanon Recreational Canter. She is currently a principle dancer with H2O Contemporary Dance and can regularly be seen performing with them. Mariah has performed works by Joanna Mendl Shaw and Kevin Wynn, and also appeared as an independent artist with The Pittsburgh Dance Connection and Ampersand Dance, and performed in numerous Labco New Works and Black Box Concerts, and The Pittsburgh Heartball.  Mariah enjoys choreography, and has most recently set works for the 2013 and 2014 Point Park Connections Concerts.